Yunnan province (云南 = South of the Clouds) is China’s Southern border province to Burma, Laos and Vietnam. It consists of a subtropical high plateau of in average over 1900 meters above sea level, the mountains to it’s North go up to over 5000 meters on the border to Tibet and over 3000 in the South. The hills in the West, between the Tibetan mountains and the tropical plains of Xishuangbanna, are where most of the world’s wild tea trees grow, in many different varieties.

Of China’s over 30,000 varieties of vascular plants, Yunnan hosts 17,000, several thousand of these endemic to the region. And due to it’s very mild subtropical highland climate with up to 9 months of possible picking time, Yunnan is the maybe best place to grow tea in the world. What makes Yunnan teas famous are their quality and the unique flavour of their large leaves. 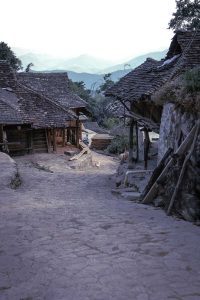 But what makes Yunnan teas  really interesting, is the variety. Yunnan, home to many different wild varieties of the camilla sinensis tea plant as well as dozens of minorities of whom many developed their own particular ways of cultivating and processing teas, no matter if green, black, white or the province’s most well-known specialty, fermented Pu’er tea.

Pu’er is a wonderful tea, long in history, mild to the stomach with many proven health benefits and unique flavour. But it is not the tea that captured me the most, when I first came to Yunnan. In the 1930s, when the last few parts of the Chinese army where driven into the mountains of Yunnan by the Japanese, they needed money. Before, the GMD government had earned good money exporting black tea to Europe and the USA, but Yunnan so far only produced fermented dark teas for the export along the old tea horse road into Tibet and Mongolia and, for the locals, some very simple green teas. 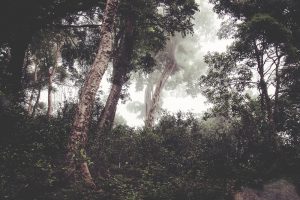 On order from the government several farmers started trying to produce black tea, and because the black tea made of the big leafs of Yunnan’s semi-wild trees was completely different to any black tea on the market so far, much milder and sweeter, but also more “natural” in taste, Dianhong, “Yunnan Red”, like all Chinese black teas called red for the colour of the liquid rather than of the leaves, became a hit in England. But this first gold rush with Yunnan’s red tea only lasted for a brief period of time, as world war II started shortly after. Only recently, as China slowly opened up to the world again after the dark ages of Mao Zedong, these teas get more and more recognized in the world as well as in China.

I spent several years looking for the perfect Dianhong, tried many different regions, many different cultivars, many different producers’ attempts on making the best tea, failed several times trying to get my newest favourite Yunnan Red through chemical analysis, realized I could basically only securely work with the even more rare organic certified Yunnan Reds – and one day, being guest to an artist in the middle Chinese city of Wuhan, my host served me a black tea that I fell in love with. It took me another year to finally meet the creator of these wonderful leaves, but he is now since many years our main supplier and a very good friend I went travelling with a lot, exploring Yunnan as well as Europe. 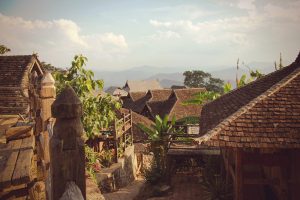 He, Dan Ni, is a professor for packaging design and, as son of a tea farmer’s family, creates great tea out of leaves he buys on the farms every spring as his part time occupation. He started trading pu’er when he was around 16 years old, making his first black tea just a little bit later and now, 20 years later, he has tried working with tea leaves from over 50 different farms and cultivars, leave sizes, tree ages and techniques and became maybe the biggest living master of the craft of making Yunnan Red teas, some, such as our Red Leaf Black, the Oolong Black or Golden Tip Honey Black, nobody else knows how to produce. He went to many other tea producing places including Japan, Taiwan and Fujian to learn the local traditions of making tea in these regions and knows the traditions, techniques and trade secrets of many of the best teas in the world.

Now he is mostly working with one EU organic certified farm in Pu’er city, where all the teas offered in our shop therefore stem from.

I worked with many other tea makers in many provinces but ended up without exception buying most of my tea selection from Dan Ni, for the single reason that I couldn’t find anything even partly as good. Soon I will add another old friend’s products to my portfolio – Deng Xuesong, the owner of one of Sichuan province’s best kept secrets, the Nanbaoshan mountain farm. Stay tuned!